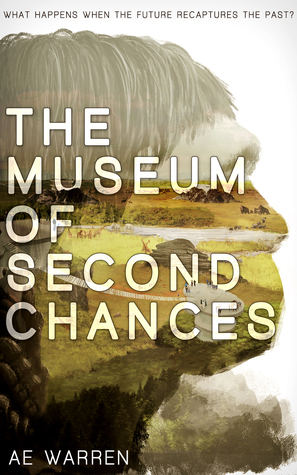 What happens when the future recaptures the past?

In a post-apocalyptic world the human race has evolved beyond us through genetic engineering – and we’ve been left behind to make amends for the damage inflicted on the earth. The reversal of the extinction of long lost animals is key to our reparations and all of these are housed in the Museum of Evolution, along with another species of human that hasn’t existed for 30,000 years.

Elise belongs to the lowest order of humans, the Sapiens. She lives with her parents in an ostracised community of impoverished, ecological houses, built to blend with an idyllic landscape. Deciding to widen her stagnating life in the manufacturing base, she takes a chance opportunity to become a Companion to a previously extinct species of human.

But Elise has secrets of her own that threaten to be exposed now that she is away from the safety of her home. And while living in the museum, Elise realises that little separates her from the other exhibits…

YA protagonist who is hiding a secret, a great cast of characters, anthropology, this book has got it all.

The Museum of second chances is a book about a future world where, after a pandemic almost wiped out the human race, genetic engineering has stepped up to shape the new world order. It is divided as such: Sapiens (non-enhanced people) are considered the lower end of society, then comes the Midius who have three engineered traits, and then the Potiors, who have ten. (In a genius bit of world building, Sapiens have names with two syllables, Midius have three syllabes, and Potiors have the longest names.)

This is all more or less things we’ve seen before in YA. Where the book’s worldbuilding differs is this: Potiors blame Sapiens for destroying the world and all the other animals in it, and so they have taken it upon themselves to restore all of the extincts species with the help of biological engineering. And this includes all of the species, including the ones on the ‘human’ branch of the evolutionary tree.

Our protagonist Elise starts the novel by being hired by the local museum to become the Companion to one of the few Neanderthals to have survived until adulthood. And here’s the kickers: Neanderthals are treated as zoo animals, and are always alone except for their handlers, who are there to both see to their well-being and prevent them from going insane out of loneliness. Because as Elise quickly realizes, they understand far more about what is going on than the scientists realize, and they’re not so different from Sapiens after all… or even from Midius or Potiors, for that matter.

If that sounds like it’s a great setup for some interspecie romance, it kind of is. But the incredible friendship that develops between Kit and Elise is actually way more interesting than a romance storyline would be. And where there might be romance, or even a *yawn* romantic triangle between her and some other characters, the book handles it with a refreshing lack of drama. Friendships and family bounds are very important to the narrative, and for once romance isn’t treated as the be-all and end-all of YA adventures.

The museum of second chances has many interesting and complex characters; smart and pertinent commentary to give about society, history, and truth vs what we learn; and it is incredibly well-written. I devoured this book in two days and I would happily recommend it to everyone who is looking for an interesting new novel to pick up.

The ending did feel a little bit like the ending of the first part of a trilogy, which I don’t think it is, and it did feel like every ending of every YA book ever, but it doesnt make it bad. I liked the open-endeness of it (it leaves spaces for fans to fill in the story, if anything), and there’s a reason why this sort of ending is so popular. It’s because it works.

All in all, a very good first book for this author, and I am very interested to see what she does next. I might even re-read it, which I almost never do, simply because I don’t think I’m done with these characters. I sure do hope that there’s a sequel some day.